Natural Information Society with Evan Parker
descension (Out of Our Constrictions)

TEST
Always Coming From the Love Side

Peter Brötzmann
Mollie's In The Mood

AMS was both a radical arts presenting organization & a killer band.  its story is a long buried & previously undocumented chapter of the early loft era

due to repeated production disruptions caused by our pressing plant, we have been shipping mandatory reality orders in w-a-v-e-s. if you direct-ordered the vinyl edition here at eremite.com on or before 2019-03-17, your record was already packaged & mailed. CD orders & all other orders placed after the aforementioned date shipping THIS WEEK into next week. download codes are not included with purchase of the vinyl edition. lossless digital files of mandatory reality are a click away via eremite's bandcamp page.

beautiful people. pre-orders are scheduled to ship first week of april, or thereabouts. when pre-ordering, please bear in mind that eremite is one of two dudes in a cave, & that handmade records take time. to prevent damage to the record during its journey, eremite packages mandatory reality in a double-walled LP mailer (bags unlimited box MLPB12snug) with x4 cardboard "filler pads." all together, the packaging, heavyweight gatefold sleeve & x2 LPs weigh nearly three pounds, meaning a high shipping cost on international orders. one idea to bring down international shipping cost is to combine your order for mandatory reality with your trusted friend's order of mandatory reality.

"In the fertile & interconnected Chicago music scene, Josh Abrams has been a discreetly important presence for over 20 years: jamming with Tortoise, backing Will Oldham, sharing band members with Ryley Walker, playing bass with a constellation of local jazz notables. Of late, his energies have been concentrated on this shifting collective, where his hybrid of spiritual jazz & the most patient kind of minimalism can be fully realized. Mandatory Reality, the fifth NIS record, is their best yet, with Abrams' guimbri --a three-stringed African lute-- leading his crack band through long-form trance-outs that are equal parts Don Cherry & Phillip Glass. "In Memory's Prism" sustains the mood for a stately 24 minutes, only for "Finite" to take up directly where it left off, & run for another 40. The restraint, especially from the horn section, is astonishing: the overall effect absorbing to the point of transcendence." --John Mulvey 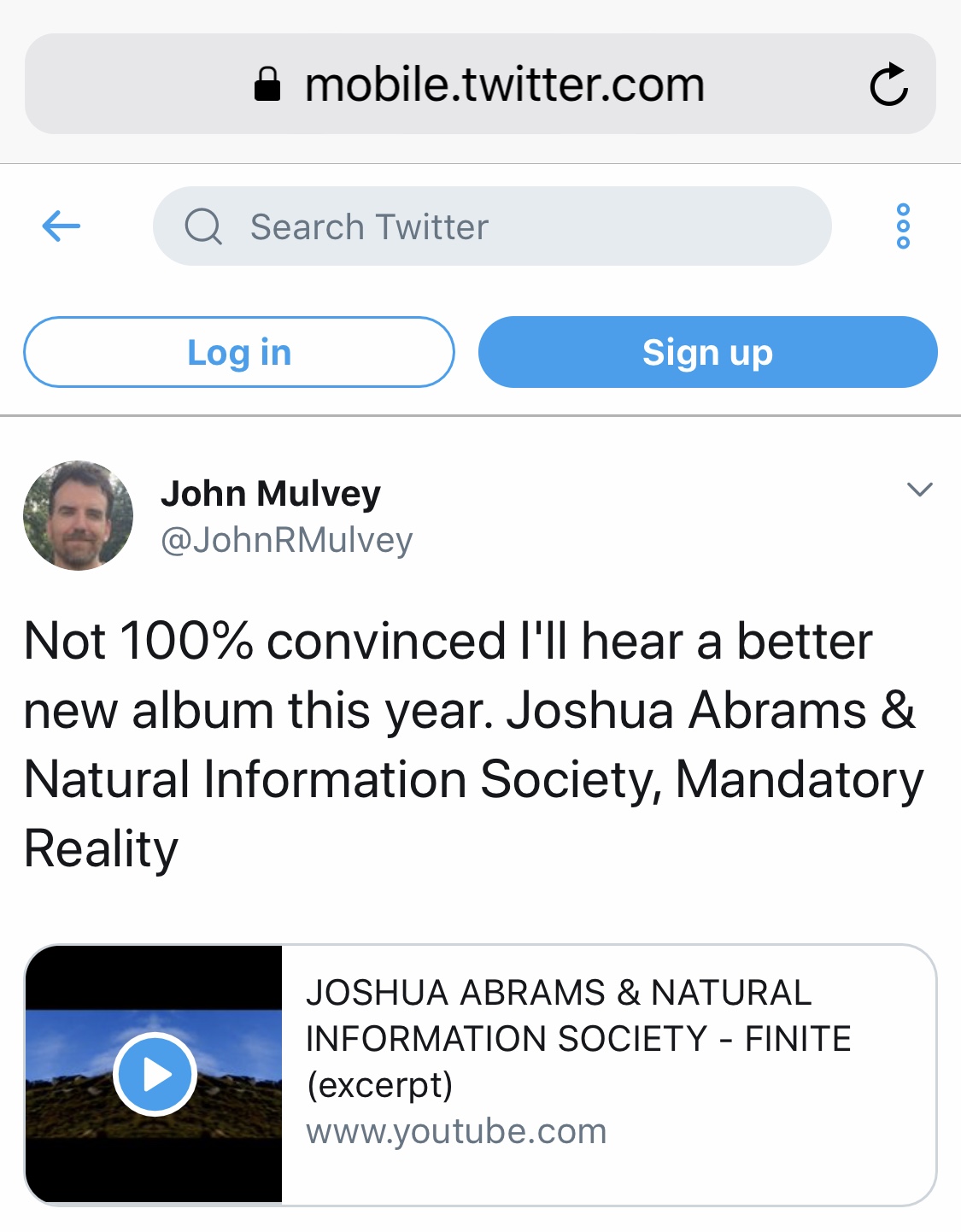